Switch has a physiotherapist and podiatrist in its clinics in Sydney that can help treat plantar fasciitis. Plantar fasciitis causes pain in the bottom of the heel.

What is plantar fasciitis?

It will range in severity and every person’s situation is different but when people visit our clinic they would say it is a 7-8/10 with a mixture of sharp pains and aches. They usually experience sharp pains;

The sharpness will usually turn into a dull ache after they’ve moved around a bit and ‘warmed it up’. Although it often deters people from exercising because it’s worse the next day.

What can cause plantar fasciitis?

From our experience, it is a mechanical malfunction plus a trigger that will lead to heel pain. Patients won’t know about their mechanics but they usually relate to a trigger, especially when it causes pain. Some examples of this could be;

– Using soft flexible shoes like Skechers which people often buy to relieve their heel pain but is actually feeding the mechanical malfunction element of the problem.

How do we discover plantar fasciitis pain problems?

We don’t make any assumptions at Switch when we have people visit our physio clinics in Sydney. We always start with the basics to discover what type of pain each patient is experiencing and we start to build an evidence-based approach to our treatment strategies.

If we suspect it is plantar fascilitis then some of the questions we will ask are;

How can you avoid getting plantar fasciitis?

Stretch calves before and after high-intensity activity.

How can Switch help you with plantar fasciitis pain?

The most important thing to consider when looking to treat suspected plantar fasciitis pain is to get an accurate diagnosis from a podiatrist to ensure you get specific evidence based treatment.

Combining all of this with custom 3D orthotics can help create a holistic solution to taking care of the pain while ensuring a repeat is prevented to help the person achieve their goals.

What are examples of Plantar Fasciitis

This person began playing soccer again and was training once a week plus playing a game on the weekends. They presented to Switch with pain at the back of their heels which included sharp and stabbing pain when getting out of bed in the morning that would take a few steps to warm up.

It was much worse the morning after she played soccer and this had been happening for at least 4 years, it was something she had remembered from when she used to play but had to give it up because of the ongoing pain suffered.

So she was diagnosed with Mid-portion Achilles Tendinosis and treated with 6 x shockwave treatments, soft tissue release of her posterior chain, foot mobilisations and custom sport orthotics with a football boot change. The result is that she can play now without pain and feels ecstatic from the change – better yet, her team are winning their games and she is not pulling up anywhere near as sore the next day.

This male presented to SWITCH with incredibly sharp, debilitating pain in what felt like his heel. Has seen a previous podiatrist who diagnosed him with plantar fasciitis and treated him with shockwave therapy as well as getting him to change his shoes to a more supportive Asics sneaker.

The patient was still in a lot of pain, even to the point he was telling his partner he didn’t want to live like this. It was pretty evident whatever was going on was not just a plantar fasciopathy. His pain got worse during the day, not better or more tolerable.

During our assessment when palpating, his pain was around the inside of the ankle and not so much on the bottom of the heel anymore. He also had a positive result in a nerve test we conducted. What we eventually diagnosed was actually Tarsal Tunnel Syndrome. Explain what this is vs plantar fasciitis and put some context around how it was not diagnosed properly before

So at Switch, we treated his pain with;

He has been so grateful that we were able to completely change his daily life by correctly diagnosing the cause of the pain he was suffering.

What is best treatment for plantar fasciitis?
Treating plantar fasciitis effectively means treating the pain and the cause. We implement techniques like shockwave therapy, dry needling, myofascial cupping, low level laser therapy and exercise rehabilitation to help with symptomatic relief. We then also look at the cause of the heel pain, which most of the time is biomechanical and gait related, and make changes here including changing footwear, modifying training techniques and custom 3D scanned orthotics.
What is the main cause of plantar fasciitis?
A lot of the time, people will have an underlying ability to be able to get plantar fasciitis, however it’s often a trigger that sets it off. Triggers vary from the shoes you’re wearing, the amount of exercise you’re doing and what’s happening with your body i.e. weight gain, age etc
What is the fastest way to cure plantar fasciitis?
Your body doesn’t like quick change, so whatever you do dont go from 100 – 0 or vice versa. Ease your body out of and into exercise and activity to avoid long periods of pain that keep recurring.
Can Plantar fasciitis go away on its own?
It can, but it takes way too long a time of putting up with pain. We’re talking for around 18 months. In this time, you can’t enjoy the things you want to. We often see here people put on weight because they can’t exercise because they’re in pain. So it’s not the recommended way to approach heel pain.
Should I stay off my feet with plantar fasciitis?
Moving is really important with plantar fasciitis, but it’s how you move that makes the biggest difference. Tendons and fascia strengthen under load…not overload. And it’s the overload that often causes plantar fasciitis. Moving in the correct pattern is what’s best and not getting off your feet entirely as that can make it worse.
Is walking bad for plantar fasciitis?
Walking is important for plantar fasciitis so the body stays used to that motion, however your mechanics and HOW you’re walking need to be addressed so you are not overloading your plantar fascia and causing the heel pain.
How do I know if I have plantar fasciitis or heel spurs?
Most people with plantar fasciitis will also have a heel spur however heel spurs have been disproven to cause pain. While they look scary on an x-ray, they are physically too far in your foot for you to actually stand on a ’spike’ of bone. But if you do have a heel spur, that would mean that the muscles and subsequent fascia in the bottom of the foot are working too hard and are causing more bone to come out.
Does elevating feet help plantar fasciitis?
For true plantar fasciitis, elevating your feet won’t technically do anything physical to the injury. While it can make you feel better in the interim, if you stay off your feet for extended periods of time, it will be much worse getting up.
Is walking barefoot good for plantar fasciitis?
No is the short answer. In the beginning the plantar fascia is being overloaded, often by extra pressure on the inside of the foot that typically occurs when you don’t have adequate support there. Barefoot definitely doesn’t provide any support so it’ll be a long, painful journey if you continue it.
What can be mistaken for plantar fasciitis?

There are a lot of diagnoses surrounding plantar heel pain. Plantar Fasciitis is the most overdiagnosed of them all. Oftentimes people are dealing with the chronic version called Plantar Fasciosis. It’s important an accurate diagnosis is made so you can recieve the right treatment. Other potential diagnoses that can occur with or instead of plantar fasciitis are plantar fascial strains and tears, Baxter’s neuritis, Tibialis posterior tendinopathy, tarsal tunnel syndrome, Kaegers fat pad impingement and trigger points in the plantar intrinsic muscles just to name a few!

What are the best shoes to wear if you have plantar fasciitis?
Something that doesn’t wring like a towel or fold literally in half. Mid-foot support is the most important factor when it comes to shoes and heel pain. A lot of different shoes will provide this and a lot won’t. Just because it’s an enclosed shoe doesn’t mean it’s supportive so start trying to bend the shoe and see what it does.
Does soaking feet help plantar fasciitis?
Technically soaking feet doesn’t do anything to start to fix the plantar fasciitis. It can provide you some symptomatic relief short term, but do nothing long term. Best thing to do at the end of the day is to try and keep the foot moving. Freeze a full, plastic water bottle and roll on the bottom of the foot while you’re relaxing. This will help bring down any inflammation and massage the fascia also.
Is heat or cold better for plantar fasciitis?
In the acute phase we always recommend cold. Because there is true inflammation there, you want to provide relief to the heat that’s being generated. The best ways to do this are either the frozen, full water bottle and roll lightly or a frozen pack of peas so it contours around the shape of your foot. Be sure to label it FOOT PEAS.
What vitamin is good for plantar fasciitis?
There’s no strong evidence that suggests any vitamin will make a significant improvement to plantar fasciitis (shed tear here)
When should you get surgery for plantar fasciitis?
Surgery should always be the last result for any injury. Treating conservatively is the first point of call and all research and in clinic experience has proved that to be successful. From what I see in the clinic, we can successfully fix about 95% of people’s plantar fasciitis. The 5% that don’t get fixed are the surgery candidates. However it’s not until all possible avenues are exhausted that I’ll refer for a surgical opinion.
How long is the recovery time for plantar fasciitis surgery?
Depending on what procedure is performed. There are lots of different diagnoses and procedures to go along with it these days that there is no one answer for every person. However typically for foot surgeries they require 8-12 weeks of complete or semi non weight bearing to allow the structure to heal successfully.
Does plantar fasciitis hurt all day?
True plantar fasciitis typically doesn’t hurt all day. It usually hurts first thing in the morning, once you’ve sat down and gone to get back up and/or getting out of bed in the middle of the night. This pain is best described as sharp, stabbing pains. If the heel pain has turned chronic (Plantar Fasciosis), then it’s common to still get the sharp, stabbing pains but also a dull ache during the day that feels like you have a stone bruise. 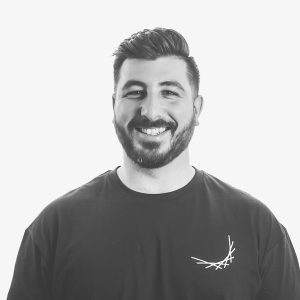 An experienced physiotherapist located in Sydney and the General Manager of the Switch Health Group in Sydney. 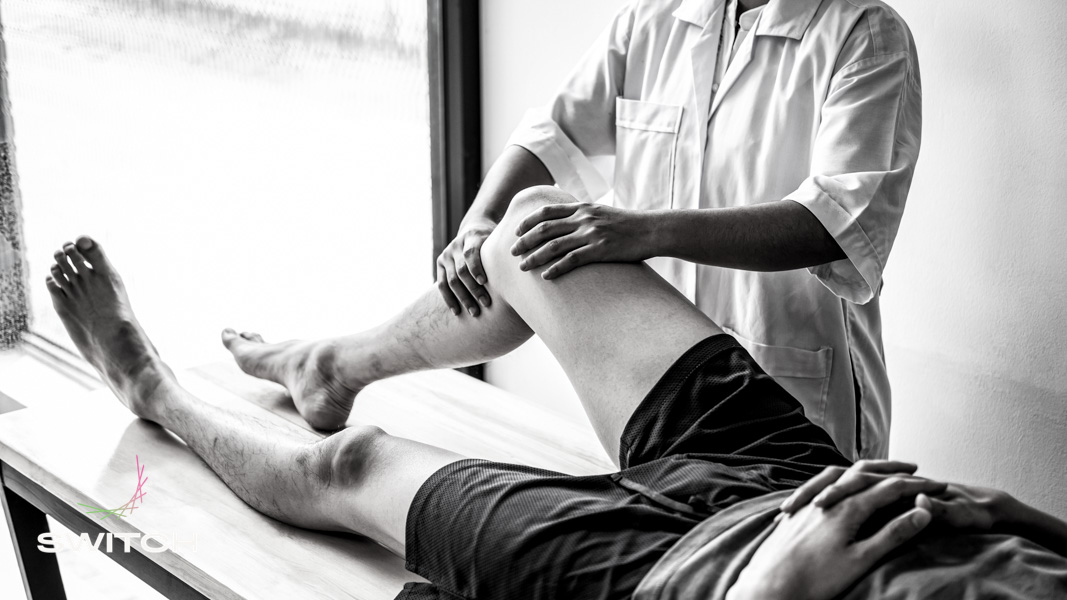 What do to if you start feeling knee pain 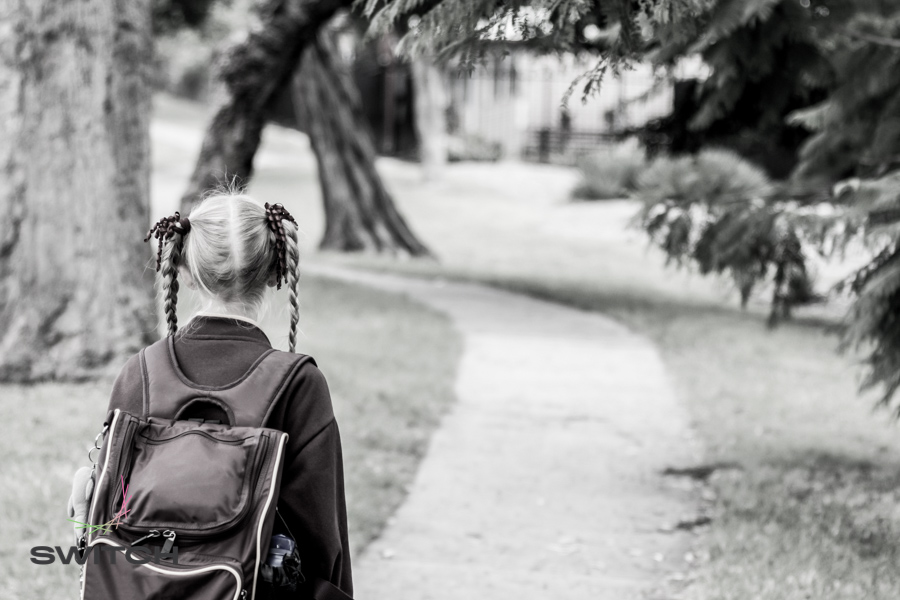 3 ways to prevent children from back to school injuries

How you can minimise fall prevention for elderly people.